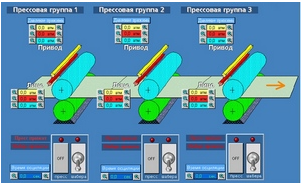 Unit standardization and structural design based on Siemens / Mitsubishi industrial controllers will allow the system to be serviced by trained personnel.
The system has an open architecture and can be easily upgraded to carry out the next stages of work on the modernization of the process control system. Further build-up of the system will make it possible to create a unified control system for the entire paper machine with a unified control structure. 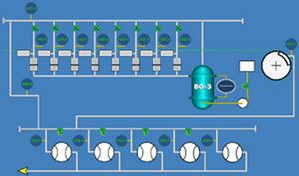 Results and effect of implementation
The PM control system will allow the functioning of all PM control subsystems as a whole and, as a result, significantly improve the quality of the products.
Establishing feedback from the quality control system on the parameters of weight, moisture, ash content in automatic mode will significantly improve the competitiveness of the products.
The payback period for the implementation of the system, depending on the configuration, will be from 3 to 12 months.