If your enterprise has equipment with a control system based on Siemens SIMATIC S5 programmable logic controllers (PLC), then you need to think about it right now.

The fact is that the family of SIMATIC S5 controllers has been officially declared an obsolete series of controllers. At the moment, Siemens has discontinued the production of the entire family of SIMATIC S5 controllers. That is, in other words, now, and even more so in the future, it will be more and more difficult to acquire CPUs and modules for SIMATIC S5. This means long periods of downtime for your production equipment and failure of the entire process chain as a whole.

You can, of course, now try to stock up on complete spare parts for all equipment that includes SIMATIC S5, but this solution will be very wasteful, because the modules of the outdated series are much more expensive than the new series and are supplied exclusively to order. Of course, you can find the necessary spare parts for the SIMATIC S5, but we offer you a different, more forward-looking solution. The Trigla company offers you services for transferring the control system of your equipment from the outdated SIMATIC S5 to the modern SIMATIC S7. 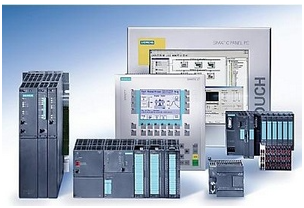 After such an upgrade, you will no longer need to think about where to get the modules for the controller. Any accessories for SIMATIC S7 in stock and on order from numerous suppliers selling Siemens equipment.

1. Statement of the problem. Determination of the composition of the existing SIMATIC S5 PLC, the type of CPU, the number of digital and analog inputs / outputs, the availability of functional modules, the availability of interfaces for communication, Profibus networks, etc. Analysis of the control program, the amount of memory occupied by the program, the presence of software PID regulators, system functions.
2. Selection of a functional analogue based on PLC SIMATIC S7. Selecting the controller series: S7-200, S7-300, or S7-400. Selecting a CPU in accordance with the required speed and memory size for the control program. Selection of the required input / output modules.

The result of the above steps will be the calculation of the cost of the required hardware and our services for programming PLC SIMATIC S7. We will prepare a preliminary technical and commercial offer for you.

Stages of work after the conclusion of the contract for the replacement of SIMATIC S5 with SIMATIC S7.

1. Purchase of a SIMATIC S7 controller.
2. Work on the program that controls the SIMATIC S7, translating the program from the STEP 5 programming language into the STEP 7 language.
3. Dismantling of SIMATIC S5, installation of SIMATIC S7, commissioning, setting up the control program.

Cost of switching from SIMATIC S5 to SIMATIC S7.

1. Cost of the SIMATIC S7 controller.
2. The cost of our engineering services. It strongly depends on the state of the equipment documentation, the equipment itself. On average, the cost is 20% – 40% of the cost of hardware.

The SIMATIC S7 controller is installed in the control cabinet in place of the dismantled SIMATIC S5. There is no need to rewire the entire control cabinet – just reconnect the existing signal wires to the new I / O modules. This significantly reduces equipment downtime during upgrades.

Dear technical managers, consider replacing the SIMATIC S5 controllers! Don’t expect a general shortage of components for an outdated controller series! Save yourself headaches in the future when looking for spare parts! We will help you quickly, with a minimum downtime of production equipment, transfer the control system of a technological unit to a modern element base!